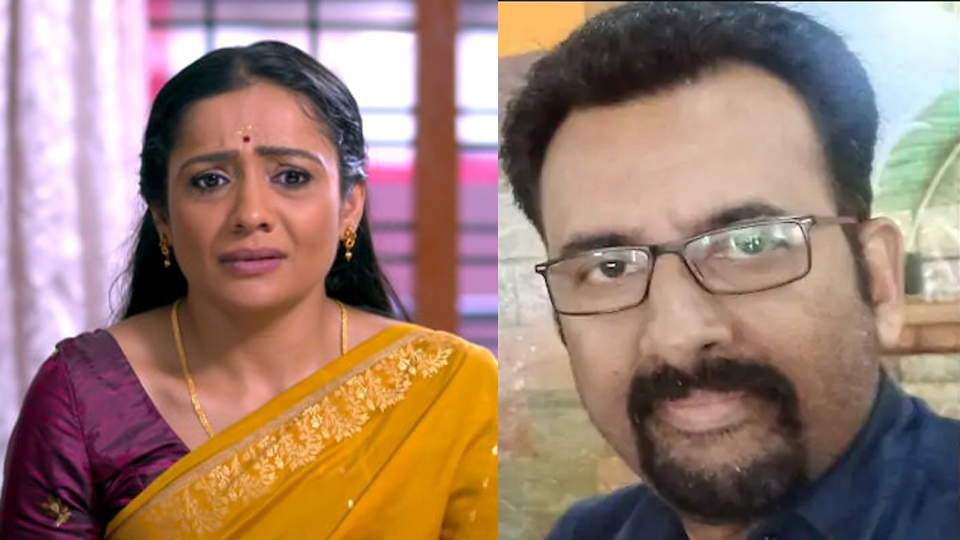 Didn’t they say they didn’t see any quality serials? But the quality of this jury needs to be examined. Lena has never acted in a serial before, and no one on the jury has anything to do with the serial. ”

There was no award for best serial at the state television awards announced yesterday. The jury decided not to award the award for ‘Best Tele Serial’ as it could not find any works that exemplify artistic value and technical excellence. The jury also expressed concern that women and children were being badly portrayed in television series. The series did not win an award at the last Television Awards. Anil Bass, the screenwriter of the series ‘Kudumbavilakki’, which is currently number one in the ratings, is responding to the comments of the jury. Anil Bass told Asianet News Online that the jury says that serials are the most popular form of television entertainment and the millions of viewers who watch them are not up to standard.

“They said they did not see any quality serials, but we need to check the quality of this jury. Lena has never acted in a serial before. No one else on the jury has anything to do with the serial. But I think they have no idea about serials because they’re joking about it. People who see it have no standards, but they can do one thing, do something as good as they can Was. They didn’t do it, “said Anil Bass.

Anil Bass’ response to the criticism that serials portray women and children badly is, “Isn’t the portrayal of characters a matter of freedom of expression? The limit should not be set “. Anil Bass points out that the works of many great writers who are now criticizing the serial have been serialized in the past. “A lot of stories and novels by great writers have come out as serials. The jury said the comment was like there was something particularly hostile within the serial area. It’s the job of an award jury to find what’s best to put forward. The jury said it’s not the opinion of the artists.”

Kudumbavilakku is a series inspired by the Bengali serial ‘Sreemoi’. Leena Gangopadhyay, author and chairperson of the West Bengal Women’s Commission, is the author of Sree Moi, which is still airing. But Anil Bass says that Kudumbavilakku is adapting to the tastes of the audience in Kerala – “We have taken a basic story of the serial ‘Sreemoi’ which followed for the first 100 episodes and then adapted to the tastes of the audience here.” Family Lantern currently has over 400 episodes.